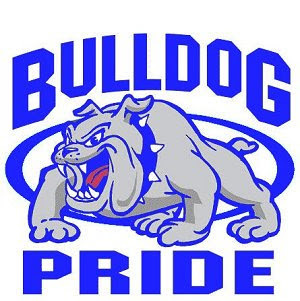 ABERDEEN – Aberdeen School District officials are in the planning stages of what method instruction will be delivered during the upcoming school year. Superintendent Jeff Clay gave updates to the Aberdeen School Board June 15 of changes to expect while maintaining safety for students and staff through the pandemic.

“We’re trying to formulate the best possible plan. What’s in the best interest of the safety of the kids probably does not link to what’s best educationally, which is to get them back on a traditional schedule, and that may not be possible with the environment we’re in right now,” Clay said.

Clay plans to present a solid plan during July’s school board meeting and the costs associated, adding there could potentially be a special-called meeting before then. He said an increase in bus driver hours may be a need.

“The state department says you’ve got to get 330 minutes a day of instructional time but they reduced that back to four hours. It may be possible to bring half the kids in the morning, bus them home and then bring in the other half and have them in the afternoon, or we could have all kids every day,” Clay said.

There was discussion about safety measures, including practices for bus riders and preliminary temperature checks.

“If we let them get to school first, we have more options of how to deal with them if they do have a high temperature. If we do it on the side of the road and we send them back in the house with no adult there, that’s inexcusable,” said school board attorney Nathaniel Armistad. “This is a situation where we look at what’s the lesser of two evils? Is it better for us to have a child at school knowing they’ve got to go home or have a child at home with no adult supervision? I think we would always choose having a child at school, where we could call an auntie, uncle or grandma or set them off in a building somewhere where they’re safe. It’s almost a catch-22.”

He added the risks associated with leaving a child unattended at home is higher than potentially making other students sick. According to discussion, buses will not be at full capacity.

“I read some literature last week that was on a national level that was saying – what I read; it may not be accurate – to be prepared to spend up to $490 a student just for PPE and cleaning supplies,” Clay said. “That could be half a million dollars more than what we usually spend.”

As far as finances, Clay said the district is doing well. As far as the upcoming school year’s budget, the state legislature is still working to determine revenue figures.

“It could be sometime in July before we can start plugging in our revenue sources. I have asked everyone to cut 10 percent right off the bat,” Clay said.

A previously approved financial incentive plan for teachers at schools that advance letter grades in accountability scores will not be used due to no state testing in the spring.

“There are some positions I consolidated, so that will save on salaries. We found several hundred thousands of dollars,” Clay said.

The school district plans to use approximately $507,000 in funding from the CARES Act for iPads for grades kindergarten through three and Chromebooks for grades four through 12 for distance learning, cleaning supplies and Zoom accounts for all teachers.

The school board previously approved the purchase of school buses as the district will no longer contract its transportation services, and Clay said the first five buses were anticipated to arrive later in the week. By the end of July, 15 of the 18 buses will be in-district, with the others to be delivered later in the semester.