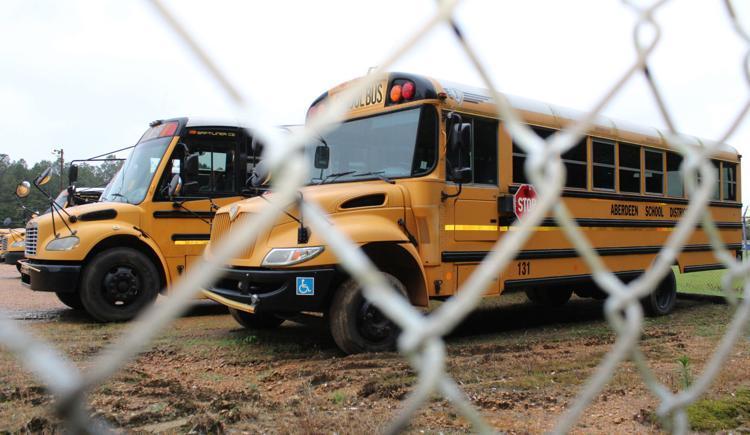 ABERDEEN – Throughout the past decade, the Aberdeen School District has contracted its bus services with Waters Transportation and more recently Ecco Ride. However, following action during the district’s May 26 special-called school board meeting, it’s on track to purchase its own bus fleet.

The school board approved a lease resolution authorization for the purchase of 18 buses and also a letter of engagement with the Young Law Firm to provide financial counsel for entering the contract.

“I think they’re the low interest rate,” he said. “I recommend we go with the seven-year note due to the uncertainty with the state budget. We’re okay right now as far as our reserves.”

School board president Jim Edwards asked if buses will be rotated out for newer ones after seven years.

“They’re all going to be new, so we can start with any buses with excessive wear and tear and might be going further distances on county roads as opposed to just going in the city. Within the next five years, we definitely need to have a schedule with what we would need to do to start replacing them. We don’t want to come in in 10 years and ask the board to spend another $1.5, $2 million,” Clay said.

After Ecco Ride exercised its option to get out of its contract due to the pandemic, the school board approved a request for proposals from companies to provide transportation services, but there was not much interest, Clay said during May 18’s school board meeting.

In other business, the school board approved a $3,750 contract with Major Clarity, a program helping students with individual success plans.

“It’s a very similar product to what we’ve been using; it’s just another company at the same price. We will use it to continue success plans, college and career readiness and to help students with career paths,” Clay said.