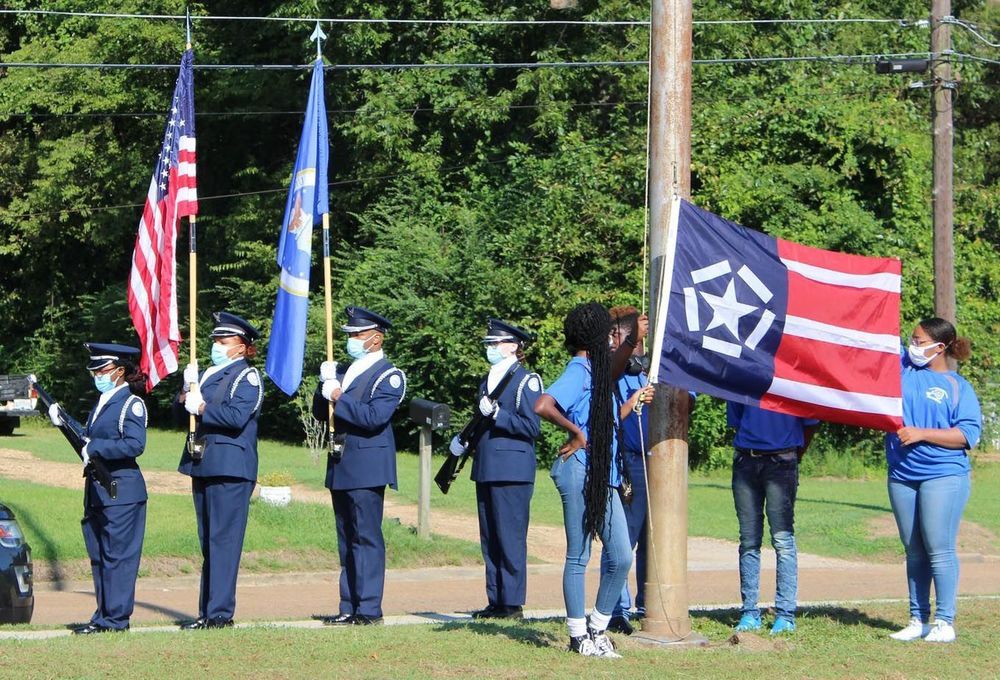 ABERDEEN – Belle-Shivers Middle School students have received lessons this semester about the Sept. 11 terrorist attacks through inclusion of the nonprofit Freedom Flag Foundation. The school is the only one in the state of Mississippi participating in the program this year.

“One of the things the Freedom Flag Foundation is trying to do is we don’t have a student that was born during that time. It’s a historical event you don’t want to forget,” said Aberdeen School District Superintendent Jeff Clay during last week’s Aberdeen School Board meeting.

The flag’s top red strip is symbolic of the bloodshed of the people who lost their lives at the Pentagon and the passengers and crew of American Airlines Flight 77.

Two broad red stripes on the flag represent not only the World Trade Center’s two main towers but also those who lost their lives on American Airlines Flight 11 and United Airlines Flight 175.

A bottom red strip represents the crew and passengers of Flight 93, which crashed in a field in Pennsylvania. Three white strips pay homage to first responders and others who worked during and after the terrorist attacks.

The Freedom Flag Foundation began in November 2001 as a way to continue education of the attacks so that future generations will never forget that day in American history.