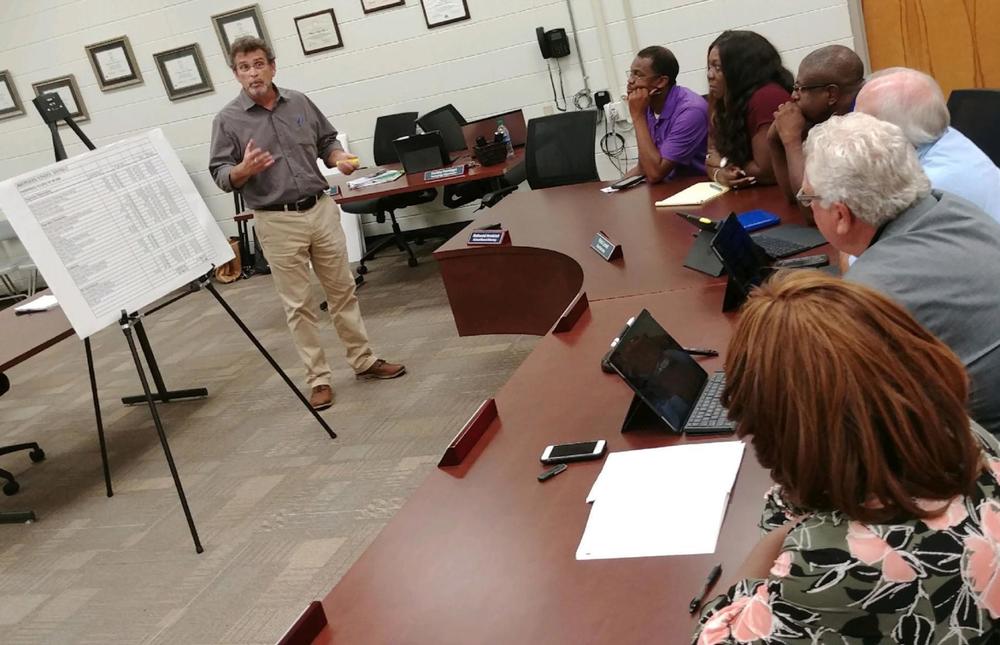 ABERDEEN – During a special-called meeting July 19, Bill Whittle of JBHM Architects was up front and honest as he presented millions’ of dollars worth of recommended improvements for the buildings of the Aberdeen School District.

“I’m going to throw a lot at you, and it’s all going to sound negative, but you didn’t hire me to give all the positives,” said Whittle, who was approved in April to do a feasibility study regarding buildings and grounds deficiencies.

Whereas each school building, along with the Aberdeen Parent Center, Aberdeen Resource Center and the vacant former Aberdeen Middle School, had its own issues, some areas not meeting American Disabilities Act requirements, roof issues and current fire alarms not being up to code were common threads.

While the total estimate to repair deficiencies at the seven buildings, and adjoining facilities, totaled approximately $13 million, Whittle presented an approximate $2 million figure for what he saw as high points.

“I know there are things that have to be done. With door knobs, we’ve lived with them since 1966. Can it wait a year?,” asked school board member Dwight McComb in reference to some of the suggestions.

After discussion, the board approved to instruct district superintendent Jeff Clay to form an advisory committee to prioritize and determine what resources are available, or could be available, for the physical improvements.

In other business, the school board approved the upcoming fiscal year’s budget. District business manager Latasha Campbell said the total revenue is $16.5 million, and the total expenditures are $16.3 million.